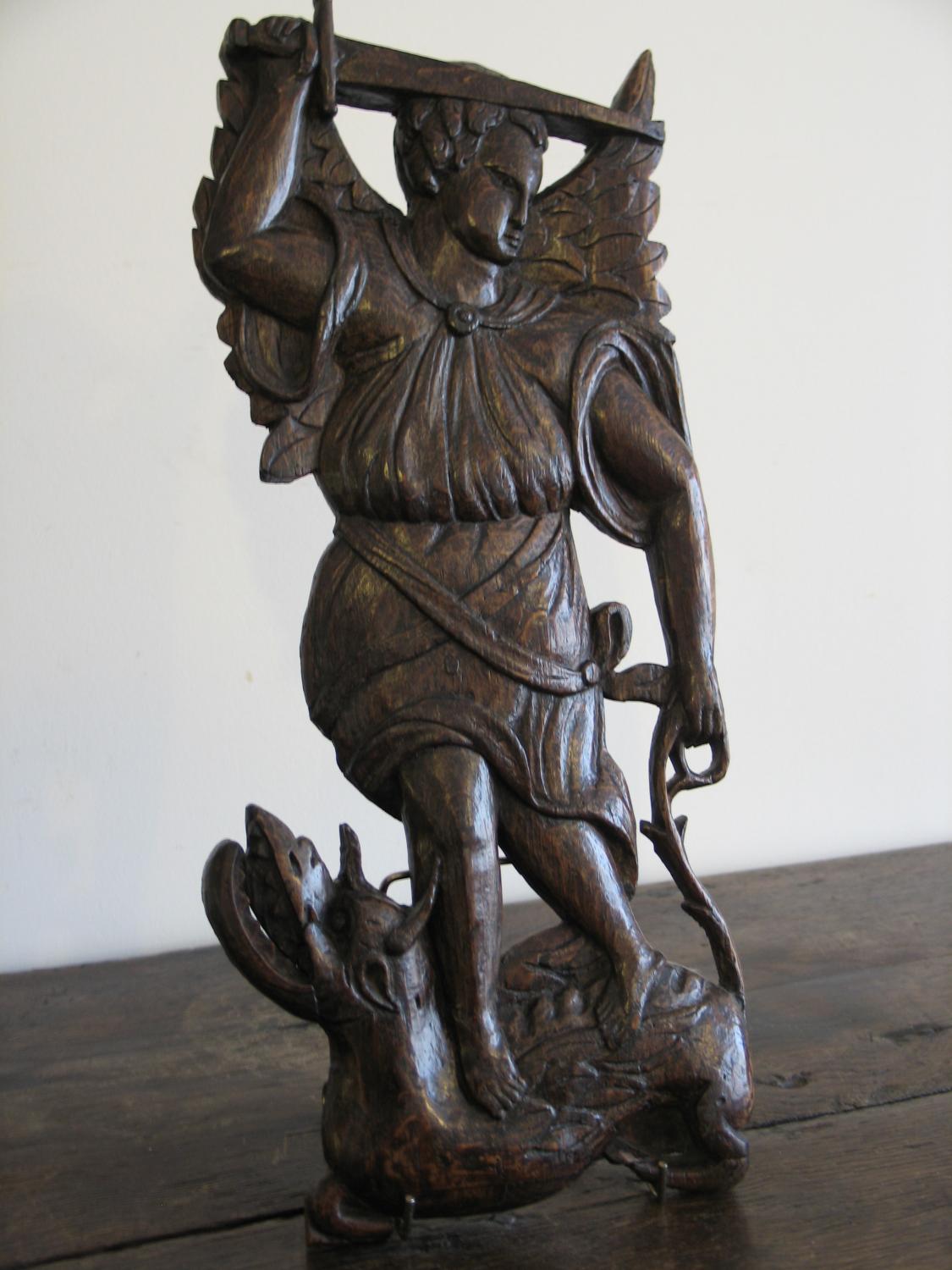 A 16th Century Oak carving of St Michael in battle with a beast. In Medieval art he is usually depicted in various roles, here is in conflict with a beast, depicting the power of good conquering evil, other scenes he can be depicted as the last Judgement,  holding scales in which souls are weighed. South Netherlandish 16th Century