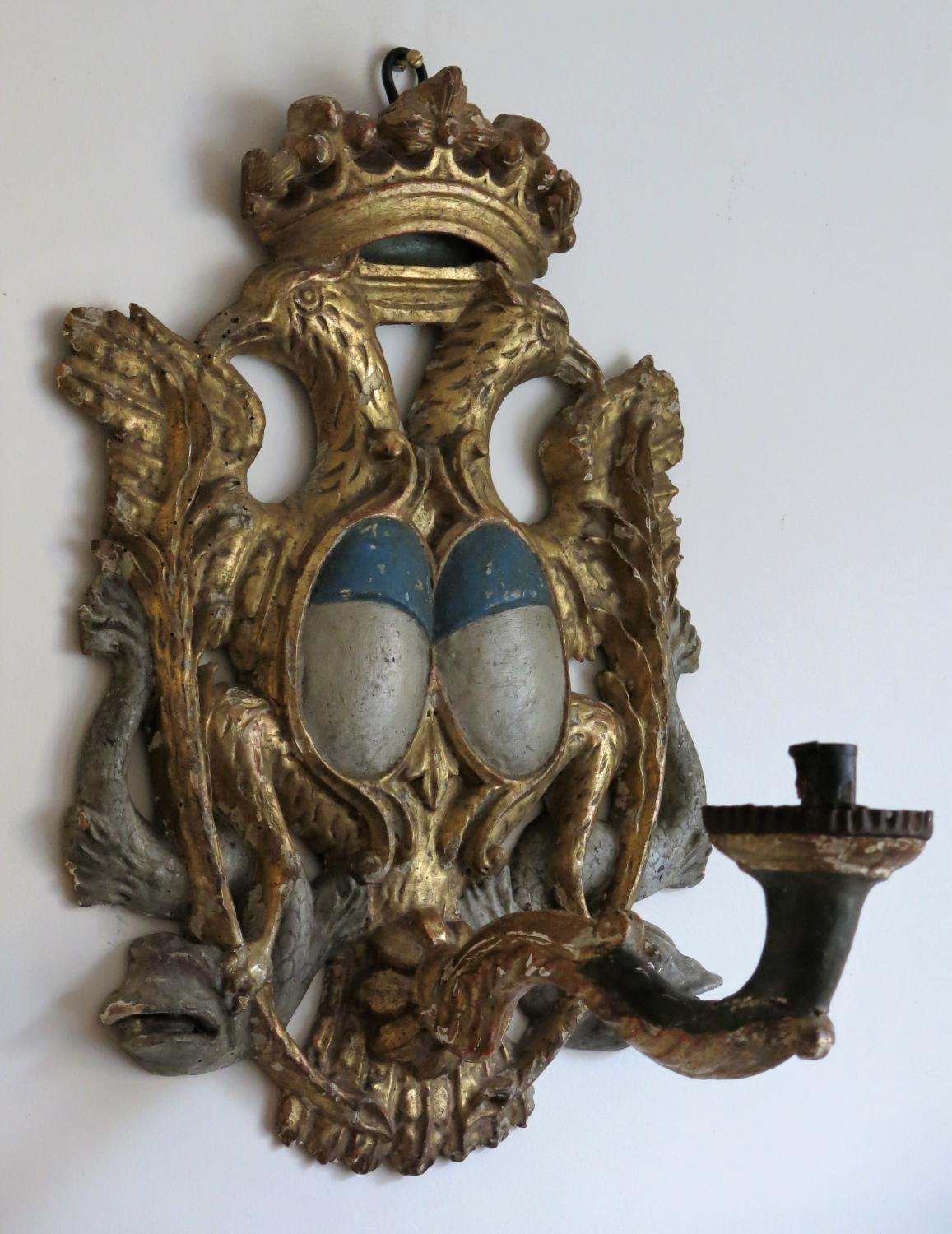 Carved out of a piece of Limewood, the double eagle with crown heraldic wall sconce
the eagles and crown gold gilded underneath each eagle a mythical fish flanking either
side. The sconce dowelled in seperately.Two ovular shape devices central to the body of each eagle. The symbol of the double eagle has a historical background dating back to the Roman Empire into the byzantine era and into modern times.
some losess and wear to gilding.
late 18th / 19th Century
Origin European.