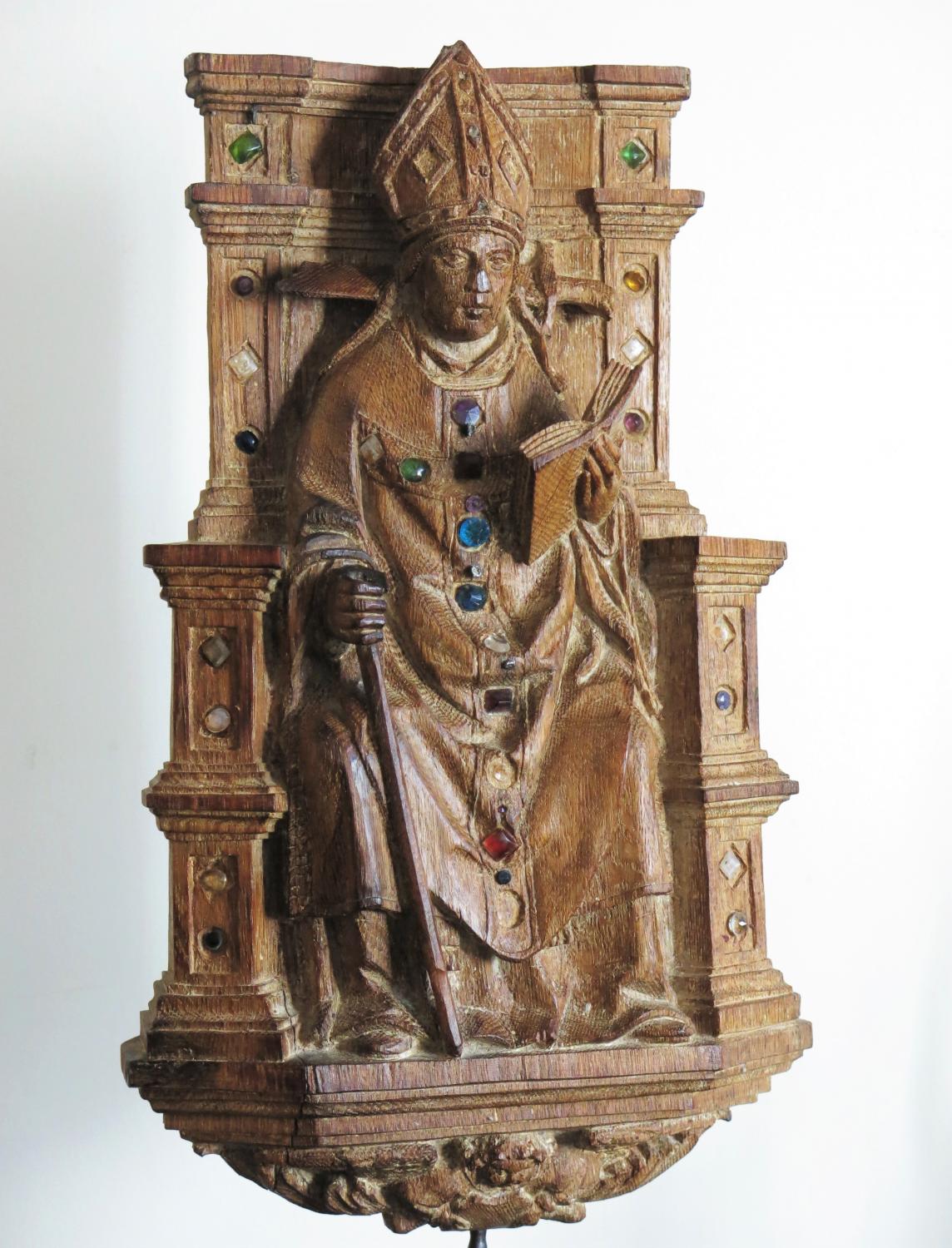 Oak Sculpture of Thomas Becket also known as Saint Thomas of Canterbury 1118 -1170
shown seated as Bishop of Canterbury holding the book and the remnants of the crozier in his right hand, The Imposing  Cathedra which he sits on encrusted with gemstones,  his cope also adorned with similar . A fine swathe of carved folds to his drapery. The Instrument of his Martyrdom which was the sword that struck the bishops head rests between the cathedra and the back of his scalp. His assassination in 1170 at Canterbury Cathedral culminated due to a long standing severn year fued between himself & king Henry II with Thomas Becket putting ecclesiastical rights before king Henry`s Interests.