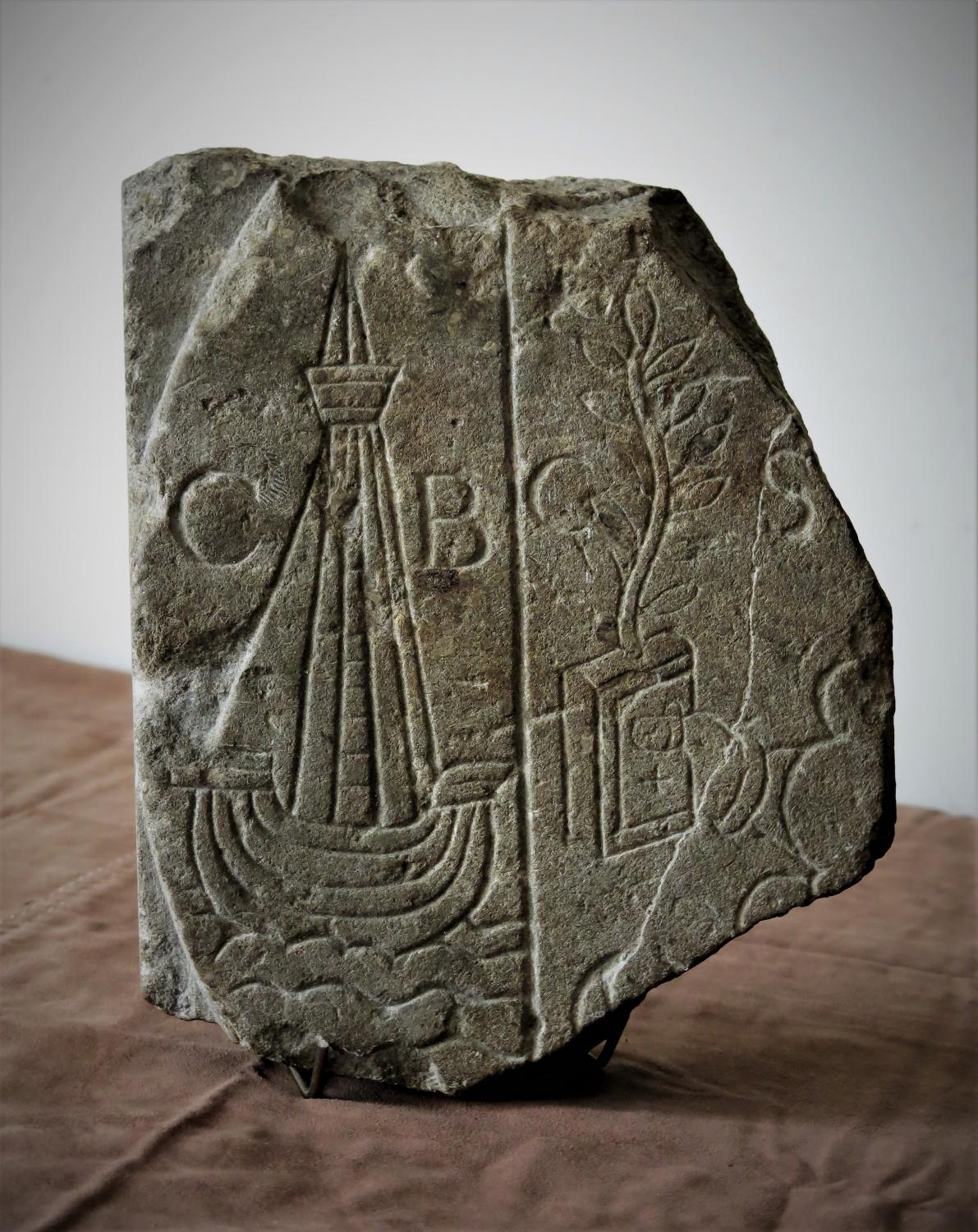 A fascinating early stone fragment , showing a medieval ship which looks like a single mast cog, these vessels  were prevalent throughout Europe from the 12th Century onwards Opposite the chiseled dividing line shows a hand holding a book of prayer with a plant / flower growing from the top , which may  represent a lily , symbolising one of the Severn Dolors (sorrows) of the Virgin Mary. The whole  piece has been skillfully chiseled, probably  from a chapel or monastery .
The stylising of the  initials C B & C S  could possibly suggest a later date of the 16th /17th century. Medium  Granite Stone / Origins  Northern France