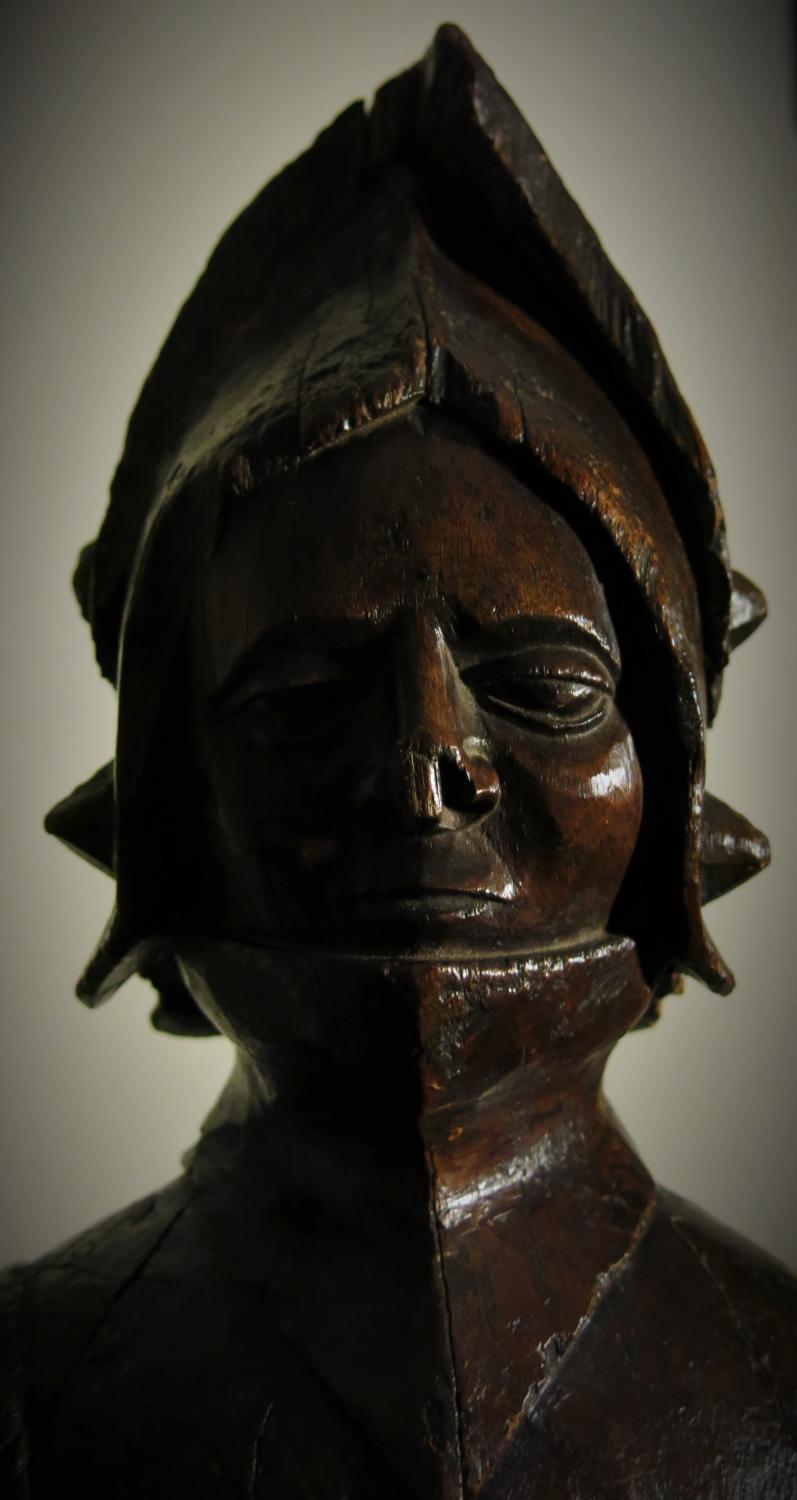 A 15th Century medieval Bust of  St George , wearing Gothic armour, which dates to around
1450 -1480 ... the armour is of German origin, St George himself was patron saint not only of this country  but also others as well, Germany was one ..as he has patronage there in several towns and cities, he was also patron saint to the Teutonic knights, The real life of St George is one of legend and myth to some extent, but he did fight for Christianity in which he was persecuted and
tortured for , he refused to deny his faith to the Emperor, and was subsequently put to the sword
The Carving of this sculpture  has been executed incredibly well.. the face showing a strong yet merciful expression, the visored studded sallet raised, the pinched tailored armour breast plate carved beautifully. patination and colour is one of perfection which a piece can only achieve in extent of being nearly 600 yrs old. the right arm suffering a bit, but showing honesty
and integrity. its a  remarkable piece of sculpture and even more with him being a knight , although listed as St George, I find this  sculpture more of a  secular piece of work , than religious, giving him that rarity factor of 15th Century medieval art.
Circa 1450 - 1480
medium - Walnut
Full height with plinth  21 1/2" high