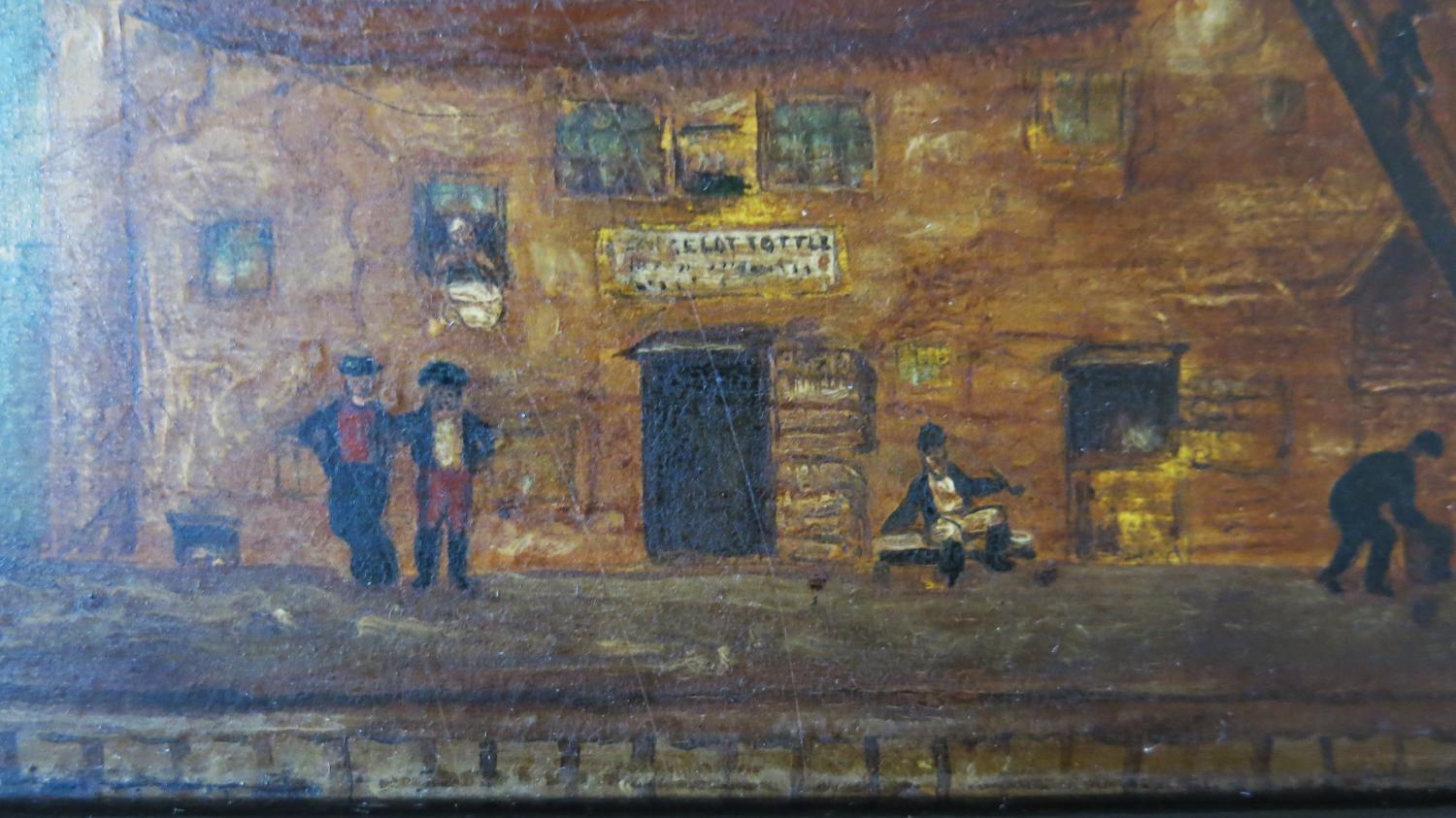 A small  unassuming naive 19th Century oil on panel which tells part of the story regarding a 19th
Century Hull East Yorkshire ship broker by the name of  Lancelot Tottle. the painting depicts a large brick built building with folk in the foreground going about there daily routine along with two gentleman standing side by side near a door with a sign above which reads Lancelot Tottle.Mr Tottle was a ship Broker , but on the 31st October 1885 little did he know he was about to save  someones life , at around 10 am a Swedish Brig run aground at Withernsea in a terrible gale with rough seas, The lifeboat which was sent, was unable to assist the stricken Swedish Vessel named Emilie, some of the poor Swedish sailors were sent flying overboard on impact , rockets  were fired and a line did eventually get to the vessel but got tangled as they pulled one of the sailors in , Volunteers were called for, and first there was Mr Tottle along with a co worker Tindal Parkinson, Tottle rushed into the angry deluge followed by Tindal ... with a blowing gale and 10ft waves crashing all around them Tottle
without a life jacket  managed to grasp the hand of the drowning Swedish Sailor Olaf Larson, but just as that happened a brutal wave caught Tottle & the drowning sailor of guard and separated them, without thinking Tottle once again threw himself into the abyss , without any concern for his own life and grabbed the hand again of Olaf and dragged him back to shore with the help of Mr Tindal . Once on safe ground the exhausted Swede Olaf Larson was administered a brandy and taken care of, along with most of the crew that managed to eventually get off of the Emilie from Gothenburg .Hearing this news was the Swedish Vice Consulate which had an Office in Hull, a letter of thanks and gratitude was sent to Mr Tottle on behalf of the King of Sweden & Norway Oscar Fredrick , who awarded Mr Tottle with a Silver medal . so along with the naive oil, we have the thank you letter from the King and also a ledger relating to various transactions by Mr Tottle from 1860 and onwards. So going back to the unassuming oil on panel.. with the two gentleman ,suddenly theres a good story behind it!!!, and i wouldn't be surprised if that`s Mr Tottle & Mr Tindal standing there side by side together!!.